Poultry farming stands to be one of the most lucrative forms of farming for so many reasons, it provides a mix of food and companionship which makes it unique from other types of farming. Whether you’re raising chickens for meat, eggs, or simply as pets, you’ll know that they’re a magnet for hungry predators, which is why it’s important to keep them safe. Keep reading for our tips for how to protect chickens from predators.

There are some natural poultry predators or chicken predators that target different poultry types in various parts of the world, some are caused by the loss of natural habitat which makes some wild animals venture into human territory, and some predatory animals just have a strong appetite for chickens even though they have other feeding sources. Examples of these chicken predators from the wild are foxes, weasels, snakes, hawks, owls, and even coyotes and racoons in some countries. Some domesticated animals which have also developed a strong appetite for chickens should be kept far away from the poultry at all times, such as dogs and cats. 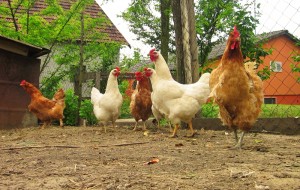 The first step to take in curbing the intrusion and damage of all forms of predators is to identify the type of predators that could invade your farm or garden. The signs and tracks they leave behind give a perfect indication of the type of predator involved, most of the predators leave signs like scattered feathers and footprints like dogs and foxes. Whenever tracks are inconclusive and feathers cannot be seen, this is an indicator of lighter footed predators. In order to prevent this loss incurred from predators, poultry animals especially chickens should be kept safe,

To find out more about our chicken coops and how to protect your chickens, feel free to browse our website or get in touch.