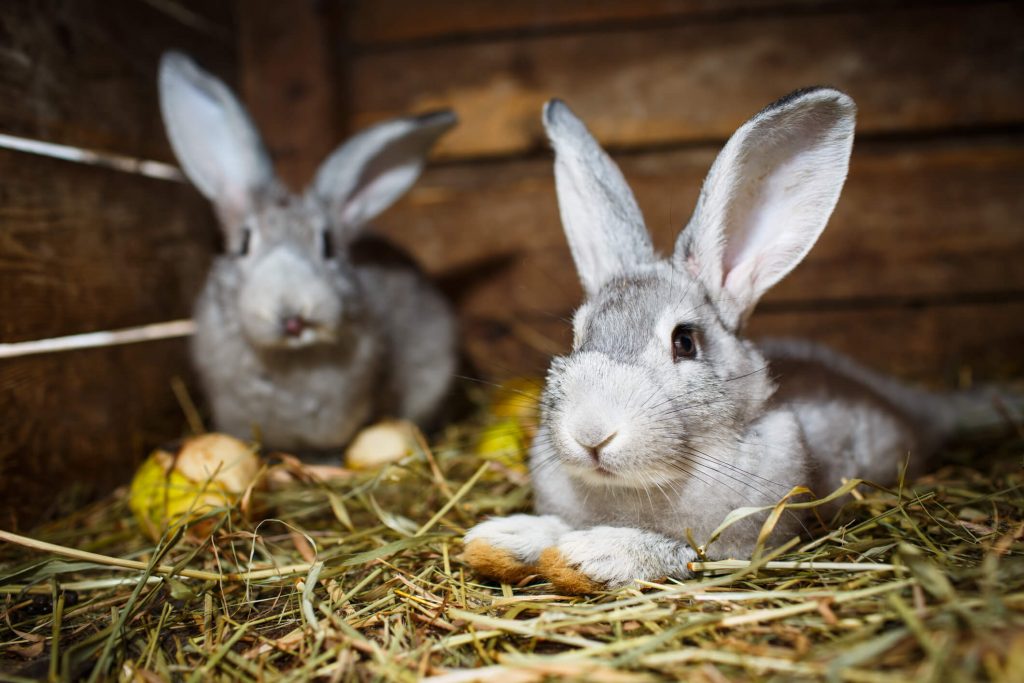 Rabbits are social animals by nature and should be kept in pairs or groups. Whilst it is easiest to raise two rabbits that have been together from birth, most rabbits under 12 weeks will happily take on a new partner without stress or fighting.

Health Benefits of Companionship for Rabbits

Whether you’re raising rabbits from the same or different litters, the best pairing is a neutered male and a neutered female.

When left on their own, rabbits can become lonely, bored, and, consequently, destructive. Rabbits that are raised in pairs or groups are often calmer and happier, and less prone to stress-related issues such as pulling out their own fur.

Paired rabbits benefit from assistance with grooming and playing and generally feel less stress than when solitary.

Just like humans, some rabbits will get on well from first introductions, others may take a while to warm up, and some pairings just won’t work out.

The first golden rule for pairing rabbits is to ensure they are neutered – regardless of sex. In cases where a female rabbit cannot be spayed, she may be paired with a neutered male (providing the male has been neutered 3 weeks or more prior to introductions).

Many animals communicate via scent and rabbits are no different. If you have two rabbits that you have been keeping apart, consider swapping their bedding, and stroking one after the other to get them used to each other’s scent before formal introductions.

Just like other animals, rabbits have different personalities. When it comes to introductions, consider your rabbit’s personality – two strong and confident rabbits may fight for the dominant spot and not get on.

If you’ve already been keeping your rabbits in the same garden but letting them out at different times, introducing them in this familiar territory will be fine. If, however, you are introducing two new rabbits to each other, then doing so in neutral territory (i.e a place both rabbits are unfamiliar with) will be best.

Rabbits can be territorial, and wild rabbits have even been known to block newcomers from their warren. By introducing them on neutral ground, neither rabbit has the upper hand nor has marked its territory.

During introductions, ensure the rabbits have places to hide or escape to, should they feel the need, and provide plenty of tasty treats, not only to distract the rabbits, but also to positively reinforce the meeting.

We stock a wide variety of rabbit hutches so you’re sure to find the perfect hutch for your rabbits. We offer single-story and two-tier hutches so you can provide your rabbits with the space they need, and satisfy their need for different areas within the hutch.

All of our rabbit hutches are raised off the ground to prevent water from being absorbed into the bottom of the hutch.

Choose from hutches with or without built-in covered runs and ensure your bunnies have a safe space to roam. Psst, remember that even though your hutch has a roof for protection from the elements, it will get very hot during the summer months, so make sure to move it to a shady spot.

If you can’t find the hutch you’re after, we also offer a custom build service for trade customers – find out more by calling 01903 256967. Alternatively, you can send your enquiry through to our online contact form and we’ll be in touch shortly.